This Week and MBE

** REMINDER ** Valves take 10-12 Weeks and Rockers take up to 20 Weeks from the posting of this video ……..WAIT TIME WILL INCREASE AS RACE SEASON ENDS

BRADENTON, FL – The dynamic drag racing duo of Dave Connolly and Jennifer Folk embark on their latest business venture with the 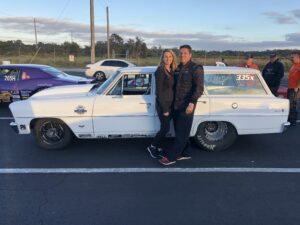 acquisition of Competitive Suspension. Current and prospective customers will notice a seamless transition considering that all company assets have been relocated from Pennsylvania to their property in Bradenton, Florida, alongside Connolly’s own shock dyno.

Competitive Suspension was founded in 2017 by Shane Sweigart and quickly grew to prominence within racing ranks as the premier provider of shock absorber services. After years of success, Sweigart was in the market for a reputable buyer which would then allow him to focus on his other obligations, including a new managerial role at Maple Grove Raceway. According to him, Connolly was the first person to come to mind when considering the sale of Competitive Suspension.

Connolly exhibits his laser sharp precision most notably within his career as a NHRA Pro Stock crew chief, but his skills expand to various suspension setups, including door cars and dragsters for bracket racing. After purchasing his own shock dyno in 2018, Connolly has provided shock and suspension services on a word-of-mouth basis. It is this vast knowledge that will continue the high-caliber quality that Competitive Suspension has become known for.

END_OF_DOCUMENT_TOKEN_TO_BE_REPLACED

Take a quick tour of what’s going on in this Mooresville NC racing cylinder head manufacturer this week ……. any questions RING Matt (704) 856-0200 or Email Matt@MBELLC.com

Matt gives a working update on what’s going on in this week at MBE. 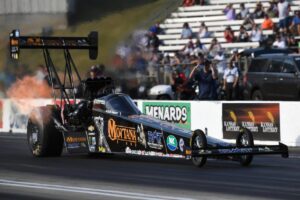 at Brainerd International Raceway at the beginning of a revitalization for young team.

A breakthrough first win at Seattle in 2019 propelled the third generation drag racer to NHRA Rookie-of-the-Year honors before the COVID-19 pandemic briefly sidetracked his pro career. He is racing a full schedule in the Montana Brand / Rocky Mountain Twist dragster for the first time in three years and started the 2022 NHRA Camping World Drag Racing Series off strong with a runner-up finish at the season-opening Winternationals. He has since had a No. 2 qualifying spot at the Virginia Nationals where he also reached the semifinals. He followed up his Virginia performance with another semifinal finish at the New England Nationals, but a series of early race day exits, and poor qualifying performances has dropped the Top Fuel star to 12th in the points standings.

“After a few tough weekends, I’m really looking forward to Brainerd. We have hit the reset button in our pits and are going to conditions we are most familiar with. The brain trust at JFR have been putting their heads together to make the Montana Brand / Rocky Mountain Twist dragster a real threat this week and I believe it’s going to pay off,” Prock said. “I’m going to be on my game and drive with heart like I know how to do and we are going to see how we fair. We have all the parts of the puzzle to end up with a Wally. We owe it to our crew that has been busting their tails week after week and would love to celebrate in a big way this weekend.”

END_OF_DOCUMENT_TOKEN_TO_BE_REPLACED

This Week and MBE

Matt gives a working update on what’s going on in this Highline Racing Cylinder Head Manufacturer.