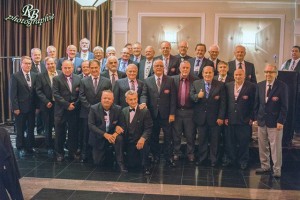 Racing Hall of Fame at the inaugural Gala held at the Hotel Universel in Montreal.

During the course of the evening inductees thanked John Scotti and Bob Aubertin for their vision, initiate and commitment to bringing to life the first Canadian Drag Racing Hall of Fame.

“The recognition of world-class Canadian drag racing legends, all under one roof, is long over due,” says John Scotti, Founder of the Canadian Drag Racing Hall of Fame. “I am very excited about this achievement that has been a longtime in coming for the sport.

The 28 living and 10 posthumous legends who are being inducted include, racers, crew chiefs, mechanics track officials, promoters, and sponsors from Victoria, B.C. to Poole’s Corners, P.E.I who have made a lasting impact and significant difference in the development of the sport of Drag Racing in Canada and elsewhere.

The complete list of inductees can be found below.

During the inaugural Gala, most of the 30 drag racing legends being inducted attended the Gala accompanied by spouses and family. Each inductee was honoured with a custom tailored ‘Blue Blazer’ bearing the Canadian Drag Racing Hall of Fame logo and a personalized Hall of Fame ring.

“It is a dream come true to see the great ones of our sport getting the recognition they deserve for their extraordinary achievements, contributions and efforts for the sport of drag racing,” says Bob Aubertin, Director of the Canadian Drag Racing Hall of Fame.

To be nominated into the Canadian Drag Racing Hall of Fame, candidates must have actively been engaged at the top level of their categories for more than 25 years and have made a tremendous contribution to the sport. They must also reside in or be an expatriate of Canada.