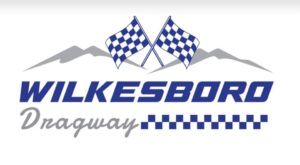 Heading into the offseason, he’s looking at more areas of improvement. The decision to join IHRA is a chance to give back to the weekly competitors. In 2023, Wilkesboro Dragway drivers will get to participate in the IHRA programs geared towards grassroots, Sportsman racers.

“It was important to get sanction with IHRA again,” Salvatore said. “I see how important Wilkesboro Dragway is to the people who call it their home track. We cater to the bracket racers and also want to find a good variety of racing. We want to draw in different people and have events to keep the place moving, to keep the place fresh. But, we want to stay attached to the roots as well.”
There are deep roots with the IHRA and Wilkesboro Dragway. The track has hosted such events as the 1991 IHRA Carolina Nitrous Nationals when the winners included IHRA Hall of Fame drivers Rickie Smith in Pro Stock and Scotty Cannon in Pro Mod. Wilkesboro Dragway was the site of an IHRA Sportsman Spectacular event in 2018. Roger Robertson took a $10,000 prize from Moser Engineering and received another bonus for being an IHRA Summit SuperSeries member.

The Tar Heel State is a hotbed for drag racing with several tracks within a close proximity. One of Salvatore’s first actions was to communicate with those tracks and try to work together to avoid scheduling big events against each other.

He quickly found an ally in Sandy Collins from IHRA-member track Farmington Dragway.
“I took it upon myself to reach out with Sandy to let her know we were coming,” Salvatore said. “She was really supportive, and we have a really good relationship. We did an expo in Greensboro a little back and met all the track owners and operators there too.”

With a rich racing heritage and passionate leadership, the future looks bright for the historic venue.