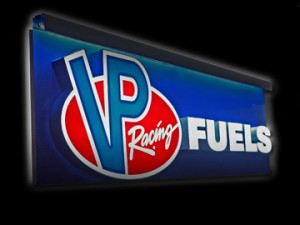 “The COPO name is recognized around the world by racers, enthusiasts, and collectors in particular since there are only 69 of these awesome units produced each year,” said James Forrest, VP Midwest Sales. “The owners’ manual recommends the use of C12, and that’s a statement about the quality and performance of one of our most popular fuels in one of the most popular and sought after cars ever built. Every new COPO coming from COPO Parts Direct will have a pail of C12 coming along with it.”

In 1969, Chevrolet initially released the ZL-1 COPO Camaro; the automobile was part of Chevy’s special-order system, a method used by dealers during the sixties that allowed them to create high-performance vehicles that were not available elsewhere. The options found in the COPO weren’t available for purchase on the dealership’s paperwork. Some dealers devised a way to get the desired options by using particular order codes to receive cars with special features.

Instead of placing an order for Camaros using the “Regular Production Option” sheet, some dealers began ordering Camaros using the “Central Office Purchase Order” or COPO, which was generally reserved for adding alterations to municipal fleets. Today’s COPOs are designed for competitive National Hot Rod Association racing and are intended exclusively for drag racing. The car was created to compete directly with the fastest racing automobiles in NHRA’s Stock Eliminator and Super Stock classes. These classes see run times of nine seconds or less on the quarter-mile. Today, with both companies also serving as VP dealers, COPO Parts Direct is the source for high-performance parts. Turn Key Automotive is the go-to for a finished COPO or other projects designed from rendering to reality.

“COPO Parts Direct and Turn Key Automotive are excited to be an authorized dealer for VP Racing Fuels and Lubricants,” offered Rich Rink, CEO of both entities. “We have a proven history of success with VP Racing Fuels dating back to 2012, as each of the COPO race cars built to date has left the COPO Build Center with VP C12 in the fuel cell. The COPO Parts Direct Race Team proudly burns VP Race Fuels, which has helped bring in numerous NHRA/NMCA event wins, seven national class records, and multiple FSS world championships. For more info and to order, visit copopartsdirect.com.