B. FORCE, CAPPS, ENDERS AND SAMPEY GRAB PROVISIONAL NO. 1 SPOTS AT SUMMIT RACING…...

DragStory
Norwalk, OH - At the halfway point of the NHRA Camping World Drag Racing Series regular season J.R. Todd and the DHL Toyota GR Supra Funny Car team are sitting in sixth place in the point standings and looking to make a move as the summer heats up. T…
Read More
3 days agoJ.R. Todd and DHL Focused on Victory at NHRA Norwalk Nationals 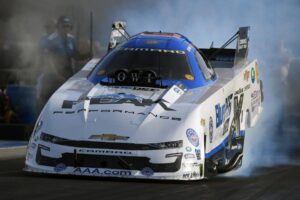 Motorsports Park for the Summit Racing Equipment NHRA Nationals needing just one win light to set a round win record.

The next time John Force illuminates a win light in his PEAK / BlueDEF Chevy, it will lift him to a record 1,400 round wins in an NHRA career spanning 47 seasons. There are few venues at which he would rather achieve that milestone than Summit Motorsports Park, a track on which he was racing years before the NHRA’s 2007 introduction of the Summit Racing Equipment NHRA Nationals and where he first had a grandstand named in his honor. Force is the only one of the four current JFR drivers to have a win in Norwalk, 2014 when he beat reigning champion Ron Capps in the finals and has one No. 1 qualifier that came in 2014.

“I’ve got a lot of history in Norwalk. The Bader Family, they do as amazing job putting on a real show,” Force said. “The stands are always packed which is what drag racers live for, turning that corner and seeing all those fans, that really gets you going, really gets my energy up. This PEAK Chevy is right there in the hunt. Danny Hood and Tim Fabrisi, my crew chiefs, they make the adjustments, and they figure this Camaro out, we’ll be ready to go.”

END_OF_DOCUMENT_TOKEN_TO_BE_REPLACED 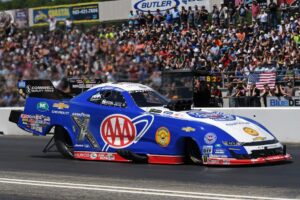 Hight has three wins so far this season with back-to-back victories at the season-opening Winternationals in Pomona, Calif. and the Arizona Nationals just outside of Phoenix and a victory at the Virginia NHRA Nationals at Virginia Motorsports Park where he shared the stage with Top Fuel teammate Brittany Force. Hight and the AAA team also have two No. 1 qualifiers, most recently taking the top spot at the NHRA Thunder Valley Nationals just last weekend at Bristol Dragway. Their performance has kept them at the top of the points, holding steady at second just 42 behind leader Matt Hagan.

“I like these back-to-back races, I don’t like having all the downtime. So, I’m excited to be heading to Norwalk. We didn’t have the performance we wanted in Bristol and this gives an opportunity for this AAA team to quickly pick things back up,” Hight said. “We’re still second in points and it’s a tough field right now. We aren’t the only ones with three wins and when we aren’t winning, we still need to be going rounds, picking up qualifying points and making sure we’re still in it. We have to be consistent.”

END_OF_DOCUMENT_TOKEN_TO_BE_REPLACED

NORWALK, OH – It would have been fitting for Greg Anderson to get his 100th win last weekend in Bristol at the track where he earned his 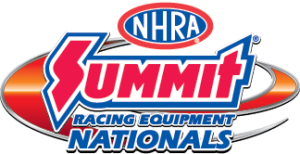 first career Pro Stock victory. But while that didn’t happen, getting that milestone win at Summit Racing Equipment Motorsports Park would be just as fulfilling for the defending world champ.

Anderson has long been a standout driver at the fan-favorite facility, and he’ll look to grab a Pro Stock-best fourth win in Norwalk at this weekend’s Summit Racing Equipment NHRA Nationals. It’s always been a marquee race for the five-time world champion and with continuous improvements, the 99-time event winner seems on the brink of getting that incredible 100th victory in his HendrickCars.com Chevrolet Camaro.

Doing it in Norwalk would mean a great deal for Anderson, who has put together many memorable finishes at the track for the KB Racing team. Getting No. 100 would surely go straight to the top of the list for the legendary driver.

END_OF_DOCUMENT_TOKEN_TO_BE_REPLACED

CARUSO LOOKING TO ADD TO LEGACY AT NORWALK NATIONALS 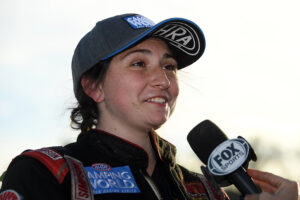 forward to racing at a track where she has enjoyed early career success. Summit Motorsports Park has been the scene of Caruso Family Racing victory celebrations in a variety of classes that all led up to Caruso’s head-turning Pro Stock rookie success. The rookie of the year contender will be racing the Kings of Vapor Chevrolet Camaro representing the 10-year-old large brick and mortar retail chain, with a complete online store as well, that prides itself on customer service. As a vapor store, not a tobacco shop, they stock a wide selection of vapes, juice, and accessories.

“I have raced at Norwalk a bunch and I am excited to have Kings of Vapor on my Camaro this weekend,” said Caruso. “I won there in Top Alcohol Dragster and I have raced my 632 car there. My dad has won there in Pro Mod so I really enjoy Norwalk. The fans have always been great and I am looking forward to racing my Kings of Vapor Chevrolet Camaro Pro Stock car this weekend.”

Through seven races this season Caruso has qualified for every national event and her qualifying efforts have landed her in the top half of the field every race except for a No. 9 start during the Las Vegas Four-Wide Nationals. She earned her first career No. 1 qualifier at the SpringNationals in Houston, just her fifth professional race, and that same weekend she raced to her first career final round. Last weekend at the Thunder Valley Nationals in Bristol, Tennessee, Caruso had one of the quickest cars on the property qualifying No. 2 and racing to the quarterfinals.

END_OF_DOCUMENT_TOKEN_TO_BE_REPLACED

OCALA, FL – Back-to-back races have many benefits for NHRA professional teams. Drivers get into a groove and teams can gel into a more 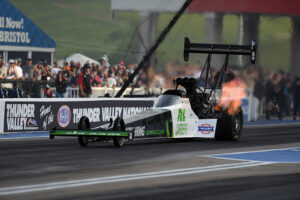 cohesive working unit. For Josh Hart and the R+L Carriers Top Fuel team getting back to the track for the NHRA Norwalk Nationals will afford them the opportunity to put a frustrating Thunder Valley Nationals in the figurative rearview mirror. Through two days of qualifying at Bristol Dragway Hart and his Ron Douglas tuned 11,000-horsepower R+L Carriers Top Fuel dragster were making consistently quick runs and entered race day as the No. 3 qualifier, their best qualifying position of their young career. They made another solid run in the first round but surprisingly it was not enough to advance to the quarterfinals.

“We had our best qualifying position and we just had a tough first round match-up which shows how competitive this Top Fuel category is,” said Hart, who has two career national event Top Fuel wins. “The good news is we aren’t hurting parts on our R+L Carriers Top Fuel dragster and we are making quick runs.”

Throughout this season Hart and his young team have been chasing several issues breaking in a brand-new Top Fuel dragster. This learning curve has tested the entire team but in Hart’s opinion his team is rising to the occasion every race.

END_OF_DOCUMENT_TOKEN_TO_BE_REPLACED

NORWALK, OH – Austin Prock and the Montana Brand / Rocky Mountain Twist Chevrolet dragster team have something to prove as they 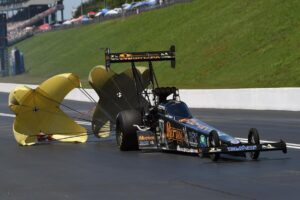 Although he lost a first-round match with Terry McMillen in his only Norwalk start with John Force Racing in 2019, Prock had the opportunity to fill-in for Clay Millican in last year’s event. Prock reached the semifinals where he lost to eventual event winner Steve Torrence.

“I’m excited for Norwalk. I have some unfinished business there. I was able to fill in for Clay last year and made it to the semis. I feel like that opportunity put me back on the map from a driving aspect,” Prock said. “I’m looking to go all the way this year with my Montana Brand / Rocky Mountain Twist team. To get a win there would be an awesome story. I think we have the team to do it and we’re going to come in swinging.”