Caruso Retains No. 8 Position With Solid Showing at Topeka

DragStory
TOPEKA, KS - Rookie Pro Stock driver Camrie Caruso was .008 of a second too quick in reacting to the starting signal in her Tequila Comisario Chevrolet Camaro today and lost to Aaron Stanfield in the opening round of the 33rd Menard’s NHRA Nationals…
Read More
34 mins agoCaruso Retains No. 8 Position With Solid Showing at Topeka
JOHN FORCE AND PEAK CHEVY RUNNER-UP AT HEARTLAND MOTORSPORTS PARK

DragStory
Topeka, KS - In a classic battle between two of the sport’s heavyweights, Doug Kalitta came up .011 of a second short against eight-time world champion Tony Schumacher in the first round of the 33rd Menard’s NHRA Nationals today at Heartland Motorspo…
Read More
47 mins agoDoug Kalitta Drops Narrow Decision In KalittaAir.com/careers Dragster
Langdon Falls to No. 1 Qualifier At Menard’s Nationals

Langdon Falls to No. 1 Qualifier At Menard’s Nationals

DragStory
Topeka, KS - The DHL Toyota Top Fuel dragster and Shawn Langdon raced into the quarterfinals today at the 33rd Menard’s NHRA Nationals presented by Pet Armor before No. 1 qualifier Mike Salinas ended his bid for a second victory at Heartland Motorspo…
Read More
53 mins agoLangdon Falls to No. 1 Qualifier At Menard’s Nationals

The National Guard is “Marching Home” 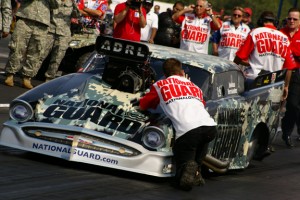 Ennis, TX – The US National Guard and its AMS Race Team is “Marching ” to its home track at the Texas Motorplex at Ennis Texas this weekend (Oct 23 & 24), ready to do battle for the season ending ADRL World Finals 2009 Championship Shoot-Out! Josh Hernandez, who drives the stealth camouflaged 57 Chevy National Guard entry, will be leading the charge towards that championship. Seeded 3rd in a eight car field of the fastest blown doorslammers on the planet, Hernandez is ready to let it all hang out. “This is what it is all about”, this is what we worked and bled for all year, stated Hernandez.

As Crew Chief legend Jim Oddy says , “This championship is more than just about prize money or trophies, this is who we are and what we do. And no one deserves it more than Dave Wood, who has given our team everything it needs to win, has been totally supportive in both good and bad times and is a true friend to all racers and fans alike”. Oddy went on to state, “ I like our chances, with our Critchley powerplant and Joshua driving, confidence is running high”.

END_OF_DOCUMENT_TOKEN_TO_BE_REPLACED 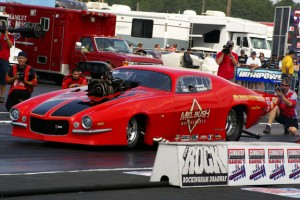 Elma, NY – To say the Mel Bush Motorsports Team has had a rocky 2009 would be an understatement. Switching sanctioning bodies, debuting a new car and several bouts of bad luck have made the 2009 season one that team owner, Mel Bush, would rather put behind him.

“It’s been tough,” said Bush. “This season has taken a lot out of me and I just want to go to the races and have fun again. This format of finishing the yearwith the start of the next season is fine with me; the quicker this ones over the better.”

END_OF_DOCUMENT_TOKEN_TO_BE_REPLACED

Speedtech Battle for the Belts Scheduled as Race-Within-a-Race

O’FALLON, MO — This Friday at the Texas Motorplex in Ennis, Texas, the National Guard ADRL’s unique Speedtech Battle for the Belts will pit the top eight points earners for each of the eighth-mile series’ five professional classes—Pro Extreme, Pro Nitrous, Flowmaster Extreme 10.5, Pro Extreme Motorcycle and Extreme Pro Stock—against each other to determine world champions, while all points earned through qualifying and elimination rounds the next day in the LenMar Motorsports ADRL World Finals V will count toward the 2010 points chase.

New for this year, though, is an initial bye run granted to each points leader, which also requires the seventh- and eighth-place Belts qualifiers in each class to race each other first, with the winner taking on the number-two contender in the Belts quarter-finals. Meanwhile, number three will take on number six and four will race five, just as in a traditional eight-car eliminations ladder.

END_OF_DOCUMENT_TOKEN_TO_BE_REPLACED

Janis Readies For ADRL Battle For The Belts

Elma, NY  — The weekend of October 23rd will be jam packed for the Eaton/Aeroquip backed Mike Janis Racing 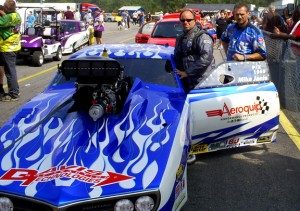 Team. Not only will Friday night mark the conclusion of the 2009 season with Janis competing in the ultra competitive Speedtech Battle for the Belts, Saturday will mark the beginning of the 2010 National Guard ADRL season and to add to an already busy race weekend the Eaton/Aeroquip team will be hosting guests in a hospitality area adjacent to the team’s pit.

With the 2009 ADRL title on the line Friday night the Eaton/Aeroquip backed team is planning a no holds barred attack on the Pro Extreme competition. A win Friday night will secure the 2009 ADRL Pro Extreme title for the Eaton/Aeroquip backed team. In preparation for the event the Janis team left their Elma, NY shop several days early, headed to Texas for a well needed test session.

END_OF_DOCUMENT_TOKEN_TO_BE_REPLACED

Warner Robins, GA  In just a few hours, the editors at Drag Story will head west to the famed Texas Motorplex of Billy Meyers located in Ennis Texas for the ADRL Len Mar World Finals.  Not only will we bring you all of the exciting action for the final ADRL event of the year, we will also cover the battle of the Belts as the ADRL crowns its 2009 world Champions.  All the action starts on Thursday.  Subscribe now so you don’t miss any of the action!

Off To The Great State Of Texas We Go 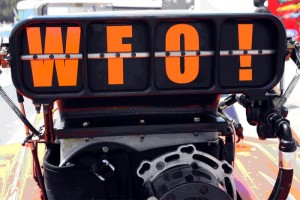 This week try as we might we could not make the rain go away from the state of New Jersey, home of the Shakedown at E Town!

Not one iota of our power of positive thinking nor any of Sheik Al-Anabi’s dreams of glory could stop the Nor’easter that was bearing down on Old Bridge Township Raceway Park!

So Dave Hance, promoter of The Shakedown had to cancel the event! Credit must go to Dave to “pull the plug” in plenty of time so others could change their plans and not incur unneeded expense. So this means that on Tuesday, we are off to.as they say the great state of Texas. It looks to us rednecks like it is way, way, way down there and appears to be about 47 days of travel from here! We have made a conscious decision to attempt to race the entire ADRL series next year so the last thing we need to do is get upside down in the chase for “The Speedtech Battle for the Belts” for 2010 right out of the box. END_OF_DOCUMENT_TOKEN_TO_BE_REPLACED

What’s In The November RPM Magazine 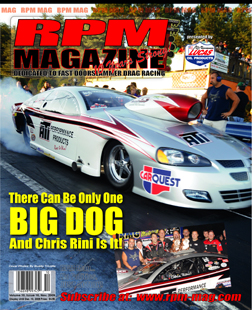 There Can Be Only One BIG DOG, And Chris Rini Is It! It’s the return of the $50,000 Big Dog North versus South Shootout and Chris Rini along with Team North made a showing that won’t soon be forgotten at Piedmont Dragway.

FEATURE STORY – “ARKY” –  Meet the Electrician that works with thousands of volts during the week, then straps himself behind thousands of horsepower on the weekend to go Pro Modified racing in his wild blown injected Willys.

Make Mine A ‘57 Chevy Please…. Don’t you just love when you see a ‘57 racecar that still looks like a real 1957 Chevy? Winters Racing has one, but with a bit of a twist!

Numbers Don’t Lie! In today’s world there are so many internet sports stars or those guys that brag about doing this or that.  Well there’s one thing in drag racing… a time slip, and the numbers tell the whole story just as they do for Drag Radial racer Shawn Murphy.

END_OF_DOCUMENT_TOKEN_TO_BE_REPLACED

O’FALLON, MO — Halloween will still be a week away, but monsters will be set loose at the Texas Motorplex Oct. 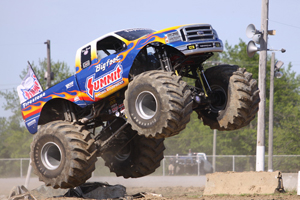 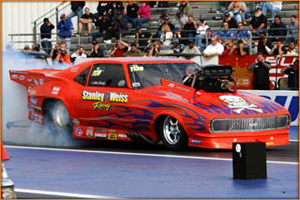 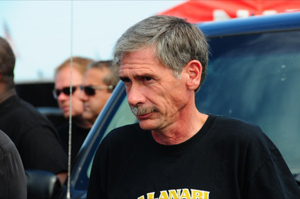 DINWIDDIE, Virginia – Having controlled the number-one spot in the Get Screened America NHRA Pro Mod Challenge points standings for the better part of 2009, Burton Auxier comes into these final two races of the season with humble confidence. Well knowing the challenge that lies before the Al-Anabi Racing Pro Modified team, Auxier and Mike Castellana will spearhead the team’s efforts to seal the deal on the GSA NHRA Pro Mod Challenge crown this weekend in Richmond, Virginia. END_OF_DOCUMENT_TOKEN_TO_BE_REPLACED