YPSILANTI, MI – Kalitta Motorsports’ corporate communications and media relations will be managed by 3-G Sports and its founder, Rob 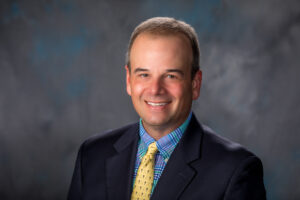 Goodman is a media relations veteran with extensive NHRA experience. Most recently, he served as the media relations director for Alan Johnson Racing from 2009-’15. Prior to founding 3-G Sports in 2004, he worked in Sports Marketing at R.J. Reynolds as the manager of media relations for what was then the NHRA Winston Drag Racing Series. Goodman was recently appointed to the National Sports Media Association board of directors.

“Team Kalitta is excited to be working exclusively with Rob and his company this season,” general manager Chad Head said. “We have known each other for a long time, and we look forward to benefitting from his efforts to showcase our teams and NHRA Drag Racing. We believe Rob’s experience will benefit both our drivers and our business partners inside and outside the Motorsports community.”

While at RJR, Goodman represented the overall series giving him experience at both the sanctioning body and team levels. In addition, he worked with sponsorships in NASCAR, the PGA TOUR, AMA Motorcycles and Unlimited Hydroplane boats. Since founding 3-G Sports in 2004, his experience includes work with the PGA TOUR, college athletics, USA Swimming and other United States Olympic Sports, youth sports, sports tourism and non-profit organizations.

“3-G Sports is proud to welcome Kalitta Motorsports to its family of clients,” Goodman said.  “I spent a great deal of time at NHRA events while working at RJR and later with Alan Johnson Racing, and it’s nice to be back in the sport. I’ve known Chad Head for many years, and I worked with Shawn Langdon and other current Kalitta employees at Alan Johnson Racing. These long-term relationships should ease the transition back into NHRA Drag Racing. I certainly appreciate the confidence Chad and Kalitta Motorsports have in my company and me.”