Dejoria Looking for Her First Win at Charlotte

Concord, NC – Having never won at zMAX Dragway, Alexis thinks that would be a great way to spend her birthday weekend!  DeJoria will be 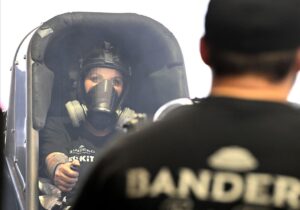 celebrating a birthday on Saturday, Sept. 24

“We’re headed to zMAX this weekend for stop No. 2 of the Countdown, a track where I’ve had success in the past. I’ve been the No. 1 qualifier there before, and have had quite a few long Sundays of going rounds, but have yet to bring home the hardware in Charlotte. I’m celebrating a birthday on Saturday and would love nothing more than to deliver the gift of a Wally trophy for my team on Sunday.

“We stumbled a bit in Reading; didn’t qualify how we had hoped and went out in the first round on Sunday. That’s certainly not how we wanted to start our Countdown but the good news is, there is still plenty of racing left. We stayed behind in Maple Grove and tested on Monday and feel well-prepared heading into this weekend. The weather is supposed to cool off quite a bit on Friday, and we know a successful outing in Charlotte starts with making sure we throwdown in that Friday night field-setting run. After that, we’ll focus on being consistent and taking it one round at a time, and hopefully, we can begin to narrow the points gap and climb back up on the leaderboard.” explained Dejoria

Countdown to the Championship Ranking: 9th