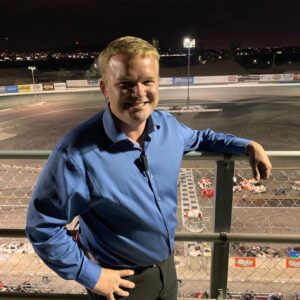 Myers to serve as its dragway manager for the 2022 season. Myers is a North Carolina native who got his start in racing at Coastal Plains as a racer before going on to manage multiple tracks across the country.

Myers, 29, earned his first Jr. Dragster win at Coastal Plains in 2001. He sees the new opportunity as a homecoming of sorts, as he’s returning to North Carolina after holding various management roles at different racetracks and racing-related businesses in California and Texas over the last several years.

“This is a chance for me to go home and give back to the people who helped me as I was getting started,” Myers said. “I’ve learned a lot from some incredible mentors and friends over the years, and I want to use what I’ve learned to help Coastal Plains achieve their goals. It’s already a great facility – I loved racing there as a kid – but there’s always room for improvement, and I want to be a part of that.”

“I knew Charles’ parents in the earlier days when they were sportsman racing,” Humphrey added. “I knew he came from a good family background with good family morals. He’s passionate for the sport of drag racing and working with the racing community. He has what I think is a lot of knowledge in the racing industry.”

Myers is eager to work with the Humphrey family and the grassroots, sportsman racers who support Coastal Plains Dragway. He hopes to attract even more of the drag racers who call North Carolina home.

“It’s really a family operation down there and I look forward to being a part of it,” Myers said. “The team they have in place has built a lot of momentum going into 2022. But they’re also eager to grow and to provide a place for the best grassroots racing in the country. North Carolina has the most racetracks per capita of anywhere in the country, so it’s going to take something special to stand out.”

“Coastal Plains Dragway feels like the street-legal racing is a market that we can expand in,” Humphrey said. “I’m also excited about enhancing our IHRA Summit Super Series program. 2021 was a good year for Coastal Plains Dragway. We were the IHRA Division 9 Track Champions.”

Myers will attend the 2021 Performance Racing Industry (PRI) Show in Indianapolis as a Coastal Plains Dragway representative to meet with the track’s partners.