ENNIS, TX – The second annual Stampede of Speed will once again feature an amazing stable of country music artists headlined by multi- 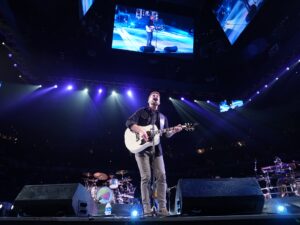 “We are thrilled to bring Brett Young to the Stars Over Texas Festival as well as a host of talented country music stars,” said Christie Meyer Johnson, co-owner Texas Motorplex. “Sunday will be a jam-packed day of everything Texas from bull riding to BBQ capped off with a beautiful lantern release to light up the Texas sky. We’ll have some racing action between the artists to show off what Texas Motorplex has been known for over three decades. I can’t think of a better way to wrap up the opening weekend of the Stampede of Speed.”

Tickets for the Stars Over Texas Festival are on sales now as well as tickets for all the Stampede of Speed events through TicketSmarter which has joined Texas Motorplex as the primary ticketing partner of the facility to provide spectators, racers, vendors, and track management with a dependable ticket-buying experience.

END_OF_DOCUMENT_TOKEN_TO_BE_REPLACED

ENNIS, TX – The return of the Stampede of Speed, a ten-day festival of music, drag racing and amazing fan experiences in advance of the 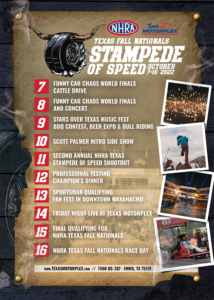 NHRA Texas Fall Nationals, was officially announced today with the release of the special event schedule on www.stampedeofspeed.com. Hosted once again at the historic Texas Motorplex, the multi-use facility located just 35 minutes from Dallas and Fort Worth, as well as in downtown Waxahachie the Stampede of Speed will feature non-racing activities, concerts, educational and business events for fans from across the country.

“Last year we took a leap of faith with the Stampede of Speed and it paid off with thousands of fans coming to Texas Motorplex, Waxahachie and Ellis County for ten days of racing and entertainment,” said Christie Meyer Johnson, Texas Motorplex co-owner. “Over the next two weeks we will be unveiling new events, a major country concert line-up, fan contests and additional elements making the second annual Stampede of Speed even bigger than last year. Our goal is to welcome visitors to the great state of Texas and introduce them to our facility, the NHRA playoffs and high quality family-friendly events.”

The Stampede of Speed event calendar will feature ticketed and non-ticketed events leading up to the NHRA Texas Fall Nationals. Fans can visit www.stampedeofspeed.com for more information. Tickets will be available for online purchase Saturday, August 6, at noon CT. Highlights of the Stampede of Speed include:

END_OF_DOCUMENT_TOKEN_TO_BE_REPLACED

ENNIS, TX – Last year Texas Motorplex launched one of the most successful multi-day entertainment and motorsports events in over two 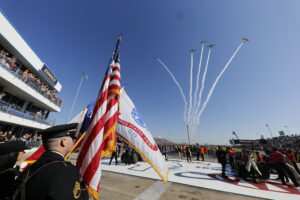 decades with the inaugural Stampede of Speed including the historic NHRA Fall Nationals. Today the tickets for the 2022 edition of the Fall Nationals and Funny Car Chaos season finale went on sale after a very strong renewal period. Fall National full event and single day tickets for the 37th annual national event featuring Top Fuel, Funny Car, Pro Stock and Pro Stock Motorcycle as well as the season finale of Constant Aviation Factory Stock Showdown and Pro Mod will pack the October 14-16 schedule. The Stampede of Speed will charge out of the gate beginning Friday and Saturday, October 7-8, with the Funny Car Chaos season finale leading the way for ten days of concerts, racing events, festivals and new family entertainment options.

“The Stampede of Speed was an amazing event for the state of Texas and this year we already have plans in motion to make the events this year even bigger and better,” said Christie Meyer Johnson, Texas Motorplex co-owner. “The NHRA Fall Nationals is the anchor event and one of the most popular NHRA national events on tour. Starting the Stampede of Speed with the Funny Car Chaos finale will be a huge boost. We are proud to be an NHRA Countdown playoff race and have the national interest and attendance for the race. We are three races into the 2022 season and the competition has been unbelievable so hosting a playoff race again will be a highlight of the season.”

END_OF_DOCUMENT_TOKEN_TO_BE_REPLACED

ENNIS, TX – After hosting the largest Funny Car event in over 50 years in March of 2021 at the Texas Motorplex, the excitement and 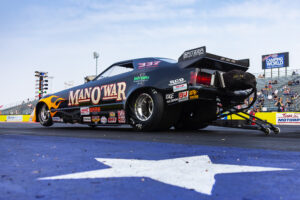 “We are very excited to be working with the team at the Texas Motorplex to start and finish our 2022 Funny Car Chaos season at the Texas Motorplex,” said Chris Graves, Funny Car Chaos promoter and race director. “I grew up a Motorplex kid, this is where my addiction to the sport was born, so it means a lot to me personally, aside from the luxuries and professionalism the Motorplex venue and staff bring to our racers and fans. This facility is rich with history and that’s a tradition we aim to continue in working with the Meyer family and Andy Carter. The Stampede of Speed is a prime example of what hard work and passion can produce. The Motorplex continues to rise to the top and Funny Car Chaos is proud to be a part of that. We’re ready to put on a show, so you know what to do, be there!”

END_OF_DOCUMENT_TOKEN_TO_BE_REPLACED

ENNIS, TX – Texas Motorplex, the home of the Stampede of Speed, as well as a host of additional significant drag racing and concert events 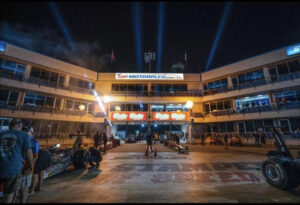 “Our editorial team spent a lot of time narrowing down these categories and choosing the most deserving nominees,” said Wes Buck, founder and editorial director, Drag Illustrated. “We tried to cover as many bases as possible by highlighting the people, places, and experiences that made 2021 such an incredible year for the sport of drag racing.”

END_OF_DOCUMENT_TOKEN_TO_BE_REPLACED

ENNIS, TX – Heading into 2022 Texas Motorplex, the only quarter mile multi-use racing facility in North Texas and home of the Stampede

of Speed and NHRA Texas Fall Nationals, will once again host dozens of specialty events drawing fans from across the country. The addition of the Stampede of Speed in 2021, the largest continuous motorsports event second only to the Indy 500, will anchor an exciting season of racing action in 2022. In addition to racing events the track will host music festivals and specialty events throughout the year with the 2022 schedule encompassing events to treat guests to wide variety of entertainment options.

“This season will be a huge step forward for entertainment opportunities in the State of Texas thanks to the success of the Stampede of Speed,” said Christie Meyer Johnson, Texas Motorplex co-owner. “We took a big risk last year and produced a ten-day event in advance of our largest race of the season, the NHRA Texas Fall Nationals, and it really paid off. The event weas very well received and drew national attention. This season will once again get started with the second annual Funny Car Chaos event and we will have an impressive roster of drag racing events.”

END_OF_DOCUMENT_TOKEN_TO_BE_REPLACED 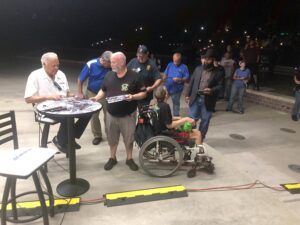 took to the all-concrete track on Wednesday to prepare for the fourth Countdown race starting Friday, October 8.  Teams were able to make passes under race day conditions to be fully prepared for the four qualifying sessions and race day on Sunday, October 10, during the inaugural Stampede of Speed event. Every professional class was represented as well as Top Alcohol Dragster and Top Alcohol Funny Car competitors. With consistently favorable weather conditions for the next four days competition will be fierce heading into the weekend.

At the conclusion of testing fans migrated to Railyard Park in downtown Waxahachie for a free screening of the popular Snake & Mongoose feature length movie. The film was shown outdoors with food trucks and backyard games available. Following the movie Don “The Snake” Prudhomme talked about the film, his relationship with Tom “Mongoose” McEwen and his thoughts on returning to the Texas Motorplex to be recognized as a track legend. Fans were also able to get autographs on a limited-edition Snake Texas Motorplex Legend hero card that will only be available at Stampede of Speed fan events through the Texas NHRA Fall Nationals.

END_OF_DOCUMENT_TOKEN_TO_BE_REPLACED 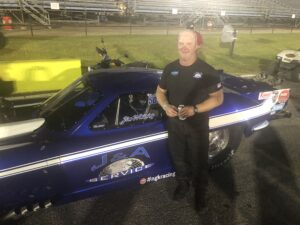 J.R, Baxter of Waxahachie, Texas, won $5,000 in Top Dragster and Lance Abbott of Midland, Texas, won $5,000 for his Top Sportsman win before Abbott claimed the head-to-head shootout bonus of $5,000 driving his ’98 S-10 pick-up to his second winner’s circle of the night.

“We witnessed some outstanding Pro Mod action tonight and the final round battle between John Baker and Bubba Stanton was worth the price of admission,” said Andy Carter, Texas Motorplex General Manager. “The Top Sportsman and Top Dragster competitors also brought their A game all night. The Shootout between Lance and J.R. for the extra $5,000 was a something we would like to do more over in the future. Tonight was about celebrating some of the wild and unique classes in drag racing leading up to the Texas NHRA Fall Nationals.”

END_OF_DOCUMENT_TOKEN_TO_BE_REPLACED

ENNIS, TX – Stampede of Speed racing action got underway Monday night with a variety of race cars, Top Fuel Harleys and music from 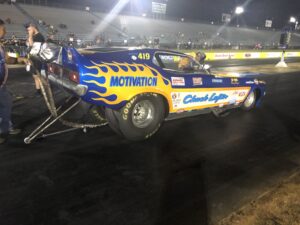 Frankie Taylor took out Doug Reister for $10,000 as the opening pair of grudge match competitors. The pair of Pro Mods blasted down the track with Taylor keeping it hooked up for the whole 1/8 mile to grab the dough. In a preview to the big money grudge match for an estimated $140,000 Stevie Fast Jackson and Bubba Stanton each took a shakedown run. Neither driver tipped their hand to their full potential, setting up a high stakes run for all the cash. Chuck Loftin and Terry Haddock took to the track with their nostalgia Funny Cars and it was Loftin getting the best of the Nitro Top Fuel and Funny Car pilot. Two Top Fuel Harley’s from the Jay Turner stable closed out round one of the Nitro Side Show as Jay Perry took off on Jay Turner to get the win light. Turner had issues off the starting line and Perry kept his 5,000 hp bike firing on all eight as it belched header flames down the left lane.

END_OF_DOCUMENT_TOKEN_TO_BE_REPLACED

ENNIS, TX – The inaugural Stampede of Speed at the Texas Motorplex, home of the 36th annual Texas NHRA Fall Nationals, roared out of 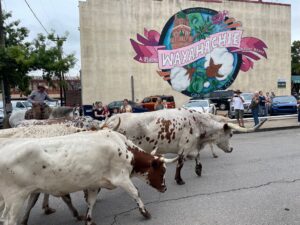 the gate with a Cattle Drive through downtown Waxahachie on Friday followed by a massive full day of festivals and music on Sunday highlighted by country superstar Dustin Lynch and Night Light lantern festival.

Crowds gathered around the historic Waxahachie Courthouse to see almost two dozen longhorns parade through the city. Working with the Waxahachie Convention and Visitors Bureau the Texas Motorplex staff led by General Manager Andy Carter organized the cattle drive to create excitement for the inaugural Stampede of Speed and give the inaugural event real Texas flair.

On Sunday Texas Motorplex began celebrating the start of the event on-site with a Beer Expo sponsored by Armadillo Brewing, BBQ contest, car show and Stampede of Speed welcome center. United Rodeo treated thousands of fans to two hours of bull riding excitement leading up to the country music festival. As the sun began to set, country music filled the air as Kyle Park, Wade Bowen, Flatland Calvary and ultimately Dustin Lynch thrilled tens of thousands of fans in attendance. In conjunction with the concert and additional activities, the Night Lights festival closed out the evening with a beautiful lantern release ceremony inspired by the traditional Thai lantern festivals celebrated around the world.