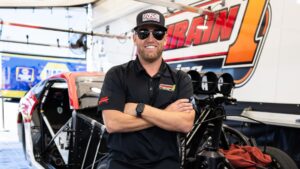 World Series of Pro Mod would be an understatement. The drag racing veteran, known for speaking his mind and talking trash to his fellow competitors, is no stranger to the WSOPM – the newest installment at Bradenton Motorsports Park will be his fourth event.

“With the previous World Series of Pro Mod being in Denver, I feel like you got people that were serious about big-money door car racing out there, but I also think you limited yourself to only people on that side of the country,” Jackson said. “Having the World Series of Pro Mod at Bradenton Motorsports Park at that time of the year, you’re going to get the mecca of door car racing all in one spot.”

Jackson also made it known that the fans will play an integral part in the success of the WSOPM. It’s already been proven with the demand for tickets and media buzz.

END_OF_DOCUMENT_TOKEN_TO_BE_REPLACED 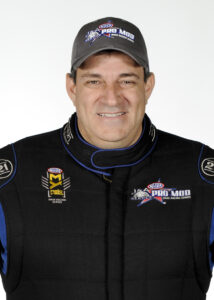 Jackson confirmed today that he has finalized a deal, joining him with Sidnei Frigo and Artivinco Racing for 2023 and beyond.

“We’ve inked a new partnership between Killin Time Racing [KTR] and Artivinco Racing for 2023 and beyond,” said Jackson. “We’re both very thrilled to head down this path of showcasing KTR as a Motorsports Solution Business, and that’s what our business model is going forward. If you want to compete in world championship-style drag racing, We are the place that you go for that.”

Frigo is equally excited about the opportunity to partner with Jackson.

“I have known Steve for a long time, racing together in NHRA,” Frigo said. “I think we both have the same competitive mindset and goals, which is to win the NHRA Pro Modified Championship. I’m very excited and looking forward to seeing what this new partnership can bring for both of us.”

Jackson declined to divulge at this time the choice of power adder the team will run in the upcoming racing season.

END_OF_DOCUMENT_TOKEN_TO_BE_REPLACED 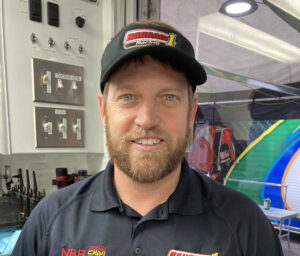 damage to his neck following multiple high-speed crashes dating back to 2008. Doctors have said he could be sidelined for up to six months while healing.

Jackson admitted he has been up and about since the procedure and said it didn’t take long to realize he’s not as invincible as he thought.

Jackson said he’d had a clue for the last decade or so that he was more injured than he was willing to admit. During the 2022 NHRA Lucas Oil Nationals in Brainerd, Minn., he could no longer ignore the situation.

END_OF_DOCUMENT_TOKEN_TO_BE_REPLACED 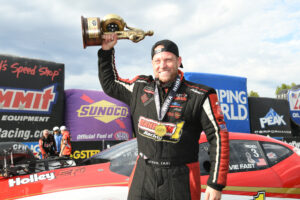 Series presented by D-Wagon since early in the 2021 season, driving to an impressive victory on Sunday at zMAX Dragway as part of the 14th annual Betway NHRA Carolina Nationals.

The event, which was powered by Pee Dee Fleet, was the eighth of 10 races during the 2022 FuelTech NHRA Pro Mod Drag Racing Series presented by D-Wagon season. Jackson came to life at the perfect time, beating Topeka winner Justin Bond in the final round with his pass of 5.715-seconds at 254.62 mph in his screwblower-powered Bahrain 1 Racing Camaro.

That was Jackson’s quickest run of the weekend, giving the talented driver his 12th career victory and first since the four-wide race at Charlotte early in the 2021 campaign. To reach the finals, Jackson, who qualified fifth, knocked off Khalid AlBalooshi, Indy winner Lyle Barnett and defending world champion Jose Gonzalez, posting back-to-back reaction times of .016 and .017 to reach the championship round.

He led wire-to-wire against Bond, getting a crucial win that also pulled him to within 125 points of leader Kris Thorne with two races remaining this season.

END_OF_DOCUMENT_TOKEN_TO_BE_REPLACED 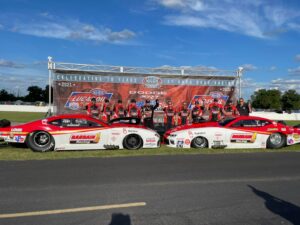 The Pro Mod race, which was presented by ProCharger, was the seventh of 11 events during the 2021 E3 Spark Plugs NHRA Pro Mod Drag Racing Series presented by J&A Service season.

“This is absolutely perfect,” Barker said. “There’s so many people to thank, including Khalid alBalooshi and Stevie Jackson. I would not be here if it wasn’t for Stevie Jackson. This is the best weekend ever.”

END_OF_DOCUMENT_TOKEN_TO_BE_REPLACED

CONCORD, NC – After losing on a holeshot in the final round of the previous event in the E3 Spark Plugs NHRA Pro Mod Drag Racing 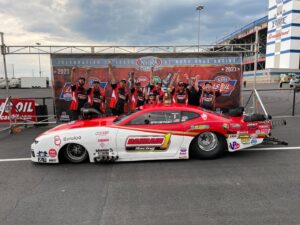 Series, two-time defending world champ Stevie “Fast” Jackson made up for on Sunday, winning in the final-round quad at zMAX Dragway.

The race was the third event of the 2021 E3 Spark Plugs NHRA Pro Mod Drag Racing Series presented by J&A Service season, and Jackson picked up his first victory of the season and the 11th in his standout career.

He went an impressive 5.685-seconds at 253.75 mph in his blown Bahrain 1 Racing Camaro, racing past a final-round quad that also included Brandon Snider, Mike Castellana and Jeffery Barker. Castellana broke before staging, while Barker ran into trouble early in the run. Snider went 5.717 at 250.97, but Jackson had the lead early and never relinquished it en route to a satisfying victory.

END_OF_DOCUMENT_TOKEN_TO_BE_REPLACED

LAS VEGAS – With a clutch run in the second round on Sunday at The Strip at Las Vegas Motor Speedway, Stevie “Fast” Jackson claimed his 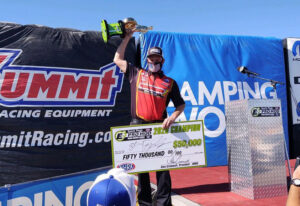 Jackson faced off with Brandon Snider in a thrilling, winner-take-all quarterfinal matchup and he pulled out a dramatic victory with a pass of 5.776-seconds at 248.66 mph in his supercharged Bahrain 1 Racing Camaro. The run edged out Snider’s 5.787 at 246.71 by less than two feet, handing the championship to Jackson for the second consecutive year in exciting fashion.

Jackson went on to finish his season in impressive style, beating teammate and No. 1 qualifier Khalid alBalooshi in the final round with a run of 5.789 at 247.47 to win for the second time this year and 11th time in his career. Jackson dominated a year ago to claim his first world title, clinching the championship before he even reached Las Vegas. It was a much more challenging year in 2020, as six different drivers claimed wins, but it was just as satisfying for the fan favorite.

“When you have a season like this, there’s a lot of team owners that give up on you when you run as bad as we’ve been running,” Jackson said. “You have people that doubt you, but our Bahrain 1 team was never not behind us. I did a decent job of driving today and this means a lot. The first one, I felt was easier, and this one, you had to earn it. That’s the ones that are the most special.”

END_OF_DOCUMENT_TOKEN_TO_BE_REPLACED 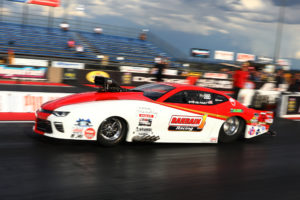 Stevie “Fast” Jackson returned to his world championship form at the U.S. Nationals. With the next stop on the schedule a trip to where he made the quickest pass in NHRA Pro Mod history, Jackson may not be slowing down anytime soon.

Following a victory at the U.S. Nationals, the popular Jackson is ready to pounce at the upcoming AMALIE Motor Oil NHRA Gatornationals, which takes place Sept. 25-27 at the historic Gainesville Raceway. He made an incredible run of 5.643-seconds in the final round in his blown Bahrain 1 Racing Camaro a year ago, setting the national record in the process, which happened to come in a losing effort after Todd Tutterow won on a holeshot. That leaves Jackson, the defending world champ, with a mix of emotions as he heads to Gainesville hoping to finish the job in 2020.

“My goal is not to lose another round of racing this year,” Jackson said. “I think we have a car that can run well in Gainesville and I want a Gatornationals win bad. These fans are passionate. I’ve always ran well there, and it is a special place for me.”

END_OF_DOCUMENT_TOKEN_TO_BE_REPLACED

AUGUSTA, GA – Steve Jackson will be heading to St. Louis August 14-15, 2020 for the Mid-West Drag Racing Series (MWDRS) event to

“It is no secret my dream is to crush Alcohol and Nitro Racing. This is a great opportunity for me to make some passes and fuel that passion. I cannot thank Jim and Annie enough for this opportunity. Sheikh Abdulla was also very supportive and always has my back. Theses are incredible people and a huge asset to drag racing”, states Stevie Jackson.

Stevie has actually been licensed in Top Alcohol since 2008 after attending Frank Hawley’s Drag Racing School, further showing his focus for working his way through the ranks and always being prepared.

END_OF_DOCUMENT_TOKEN_TO_BE_REPLACED

CONCORD, NC – Stevie “Fast” Jackson doubled up today when he claimed the world championship in the E3 Spark 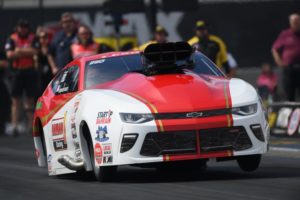 The series was presented by the Real Pro Mod Association (RPM) in at the 12th annual NTK NHRA Carolina Nationals and marked the 11th of 12 races in 2019.

A round win in the semi-finals clinched the first Pro Mod championship for Jackson when his pass of 5.734-seconds at 251.20 mph defeated Michael Biehle II. However, he only had a quick moment to celebrate before getting back to the pits to prepare for the final round of the event where he would face Steven Whiteley.

“There’s no ‘I’ in ‘team,’ and we never give up,” said Jackson. “This championship started when I was lying in a hospital bed, looking up at the ceiling after crashing here (in April 2018), and I told these guys we were going to get it. It’s awesome to tie a bow on the season here.”