Ontario, CA – Today, Accufab announced a contingency program for PSCA racers for the 2011 season.  The 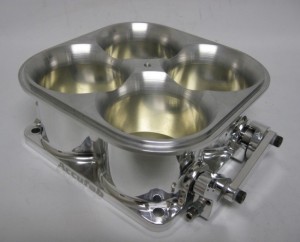 contingencies will be based on two of their newest products, the Accufab 8500 Series 4-barrel throttle body and the Dual-275 “split dominator” style throttle bodies.

The contingencies will be for all classes at all events, including the Street Car Super Nationals VII.

The Pacific Street Car Association has their season opener, the Ford Racing “Record Breaker Nationals at the Strip at Las Vegas Motor Speedway Feb 18-20, 2011 along with the Pro Stock Showdown… For up to date PSCA information log onto www.pscaracing.com

PSCA All Revved Up To Start 13th Season!! 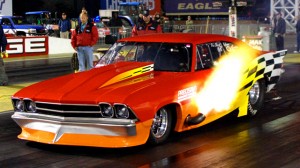 with the Ford Racing “Record Breaker Nationals”. The Strip at Las Vegas Motor Speedway hosts this event along with their Annual Pro Stock Showdown and NHRA Winter Warm-ups. There’s no where else to witness this much hard-core racing action for a mere $20 per-day spectator admission price!!

PSCA’s quickest and fastest class, Hughes Performance Pro Street is expected to have a full 16-car field including 2010 Points Champion Clint Hairston with his record setting twin turbo Kenny Duttweiler tuned GTO. This will be the Hairston’s only PSCA appearance in 2011, as crew chief Jake took a position with “Jegs” and the car will follow him to Ohio.

END_OF_DOCUMENT_TOKEN_TO_BE_REPLACED 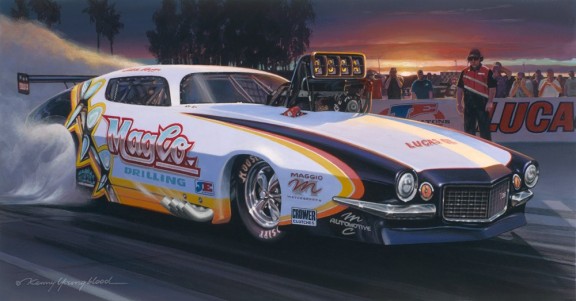 Fontana, CA – Four Time Pacific Street Car Association Pro Street Champion Ed Thornton is excited about his 2011 campaign. That is because he sat out most of 2010 to concentrate on his business S U Sand Cars. Near the end of 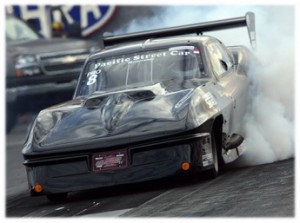 2010 he was getting restless after watching at all but one of the PSCA regular season races from the grandstands.

His crew chief Doug Stewart and car chief Tom Esbri had gone on to assist the Hairston Motorsports team and tuner Shane Tecklenburg was with Scott Oksas’ Payless Water Heaters team. Then in October, Thornton had a chat with his friend and mentor Derrol Hubbard regarding his desire to compete again at the Street Car Super Nationals.

With Hubbard’s assistance and with help from a few other friends, Thornton was able to piece his twin turbo ’63 Corvette back together and make the necessary upgrades to compete. Tecklenburg joined the fray after Oksas car was destroyed in a testing mishap and Esbri and Stewart fresh from tuning Hairston to the PSCA Championship announced they were prepared to run with Thornton at SCSN. Suddenly, the “Band” was back together again.

END_OF_DOCUMENT_TOKEN_TO_BE_REPLACED

Fontana, CA – The PSCA is very proud to announce that for the 3rd consecutive season, CROSSmembers Racing Products & Lucas Oil will continue to support the “Golden State Challenge” Championship Points Series for the five (5) 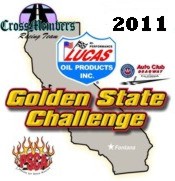 PSCA Fontana events in all points earning classes. Each class points Champion will receive a Custom Jacket (see picture below) & Plaque with each runner-up taking home a very nice plaque!!

To become eligible for the “Golden State Challenge” Championship Series all you have to do is have a “Lucas Oil” Shield decal displayed on both sides of your car by elimination’s at the 1st Fontana event and throughout the remaining races during the 2011 PSCA season… Lucas Oil Decals will be available at the PSCA Event Trailer… If you need any Lucas Products while you’re at one of the PSCA races, make sure you call the Lucas Oil Representative Ron DeHoop at 562-508-8956 he can answer any questions you may have, take special orders and can deliver your product in the pits or drop it off at the PSCA Event Trailer for pick up!!! Lucas Oil…It Works!!!

END_OF_DOCUMENT_TOKEN_TO_BE_REPLACED 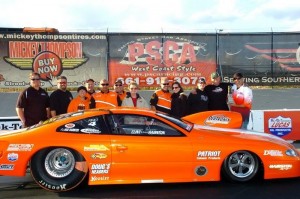 Going into the race, Hairston held the Low ET record of 6.23.  That record was beat on day one of qualifying by John Scialpi, who was also the top qualifier with an ET of 6.091.  The current mph record was 233 mph held by Giuseppe Gentile.

Clint Hairston and the Jerry Bickel built 2007 GTO dominated every round of eliminations, improving both ET and MPH on every run.  Hairston was paired up with Mike Maggio in third round eliminations where he not only defeated the brand new Camaro, but set the new mph record running a 6.12 @ 238 mph.  Into the final round of eliminations, Hairston beat out close friend, Scott Oksas in his Turbocharged Ford Mustang where he had the quickest and fastest pass in the history of the PSCA and again set the new ET record of 6.084 @ 240.85 mph.

END_OF_DOCUMENT_TOKEN_TO_BE_REPLACED

Fontana, CA – 11 out of 12 PSCA Heads-Up Class Records were Shattered in Fontana this past weekend at the 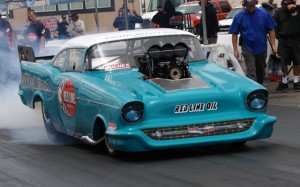 In Hughes Performance Pro Street the ET Record was broken and backed up by 3 different drivers during the race weekend!! Hairston entered the weekend as the ET Record Holder (6.237)  Randy Walker was the first to reset it at a 6.190, then it was John Scialpi’s turn lowering it to 6.091 by the end of qualifying on Saturday.. On Sunday it was all Hairston, as Clint set both the ET & MPH Records 6.084/238.30 in the process becoming the quickest & fastest driver in PSCA history (6.084/240.85) Photo courtesy of PSCA/NOSsports

END_OF_DOCUMENT_TOKEN_TO_BE_REPLACED

For the past several years when Don & Bunny Henderson rolled into Las Vegas Motor Speedway for the Annual Labor Day race that ran PSCA cars at night and Jr’s during the day. Winning the Jr Dragster class that daughter Meaghan competed in was always one of their dreams…. But this time was a little different, yes the she still ran the Jr. during the day, but at night she rolled out the Vogue Marine Center Boat & RV Storage 7-sec Dragster powered by a Fauset Racing Engine to compete in the Calvert Racing Bracket-1 class!!! END_OF_DOCUMENT_TOKEN_TO_BE_REPLACED

Joining the team as well for the Super Nationals will be Terry’s son Blake… Mark, Bryan, Chris and Irv Ballance already make up this very talented crew, “but adding Blake Housley will give us the much needed experience to compete at this very competitive race” says team owner Irv Ballance… “We’re all really excited about the additions to our team and look forward on improving on our semi-final finish at last years SCSNs” END_OF_DOCUMENT_TOKEN_TO_BE_REPLACED

PSCA’s Sikora Impresses Them At The SuperBowl….

Before Doug, Jason & Brian began the 2000 mile trek to Illinois, just being competitive was the main goal… That quickly changed after the 1st round of qualifying was in the books as Sikora blasted a blistering 6.71 and took the provisional #1 spot. During the mandatory NMRA “Fuel Check” Sikora quickly learned that the fuel he had been using (Q-16) was not allowed by the association and that run was disallowed. END_OF_DOCUMENT_TOKEN_TO_BE_REPLACED