Santa Clarita, CA –  The off season has proven to be short for many NHRA Drag Racing Teams.  Johnny Ahten, pilot of 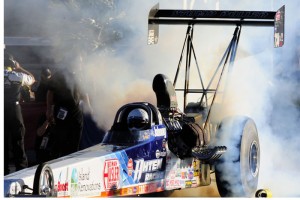 the Ahten Family Top Alcohol Dragster team is thrilled that the off season is rapidly coming to an end.

After finishing out the 2011 season placing 3rd within the 2010 Lucas Oil Drag Racing Pacific Division 7 points series,  Ahten’s team is hoping to better that this year and they know with the competition, they have their work cut out for them.

“We were having some issues with our fuel system” noted Ahten, “that was causing us severe part carnage.  We’ve consulted several crew chiefs, including Don Jackson.  We changed some things around and are now armed with a new combination along with parts and we have high hopes moving into the new year.

END_OF_DOCUMENT_TOKEN_TO_BE_REPLACED 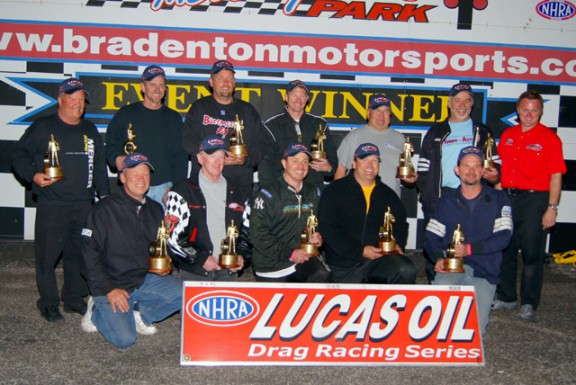 Bradenton FL – Three days of great competition where capped off with the crowning of the first champions of the 2011 Lucas Oil Drag Racing Series at the season opener held at Bradenton Motorsports Park.

There were many hard fought battles and tons of close racing in all classes as over 380 competitors vied for victory in 13 classes.

Along with all of the regular classes for any LODRS event, NHRA division 2 director Rich Schafer took the advice of his track owners and operators to add the 10.0, 11.0 and 12.0 index classes from the popular NHRA Unleashed series.

The new index classes allow local bracket racers the opportunity to run for a coveted ‘Wally’ and a divisional championship.

END_OF_DOCUMENT_TOKEN_TO_BE_REPLACED

Sun Valley, Ca. —  Repeating a successful drag racing season is a tough act for any team.   Following the success of 2010, the main goal for Chris Demke and The Peen Rite Top

Alcohol Dragster Racing Team is to not only repeat, but also take an incredible journey towards earning the #1 Lucas Oil National Championship Title.

Demke’s team, led by Jerry Maddern, has established themselves as a major player within the  NHRA Full Throttle and Lucas Oil Drag Racing Series Alcohol Class.

Their accomplishments  from last year include #2 Nationally, 8 Number 1 qualifying positions, 6 wins (3 National and 3 Divisional) and clocking an elapse time and speed of 5.256 at 273.55 miles per hour during the 2010 racing season.

END_OF_DOCUMENT_TOKEN_TO_BE_REPLACED

Sun Valley, CA – With the 2011 NHRA Drag Racing season ready to begin, it is with great pleasure that Chris Demke,

pilot of the Maddern Racing Peen Rite Top Alcohol Dragster, announces that Clean Boost Performance Racing Oil has returned with their team for the 2011 Racing season.

Demke goes into the 2011 season holding on to the best finish in the teams history by respectively finishing #2 Nationally in 2010.

“We are pursuing a very aggressive racing season this year” noted Demke “and we are very proud to be representing Clean Boost Performance Racing Oil.

END_OF_DOCUMENT_TOKEN_TO_BE_REPLACED

BRADENTON, Fl – This weekend is the start of the 2011 NHRA Lucas Oil Drag Racing series with the season opening race at division two’s Bradenton Motorsports Park outside Bradenton FL.  DragStory.com will be on hand to cover the event from the first round of qualifying on Friday through the finals on Sunday afternoon.

DragStory will cover all 5 Division 2 events in 2011.  “Expanding our photo journalism to the Lucas series is a natural progression of what we do at DragStory.com”, stated editor Mark Walter.  “We are dedicated to providing the highest level of visibility for sportsman racers across the world of drag racing.”

As the old saying goes, a picture is worth a thousand words.  With over 1.6 million page views of their event photo coverage since the website came on line in June of 2009, the old adage appears to be true.

END_OF_DOCUMENT_TOKEN_TO_BE_REPLACED

BRADENTON, Fl – Troy Coughlin Jr. is so focused on success in 2011 that he spent this past weekend at an old airstrip 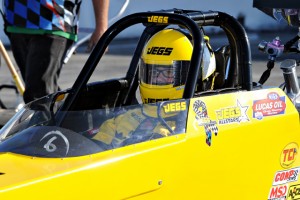 The son of drag racing champion Troy Coughlin Sr. and grandson of Hall of Fame member Jeg Coughlin Sr., Troy Jr. — or T.J. as he’s known to friends — has designs on making a charge at both the NHRA Division 3 and overall national championships in 2011.

He knows this weekend’s race will decide the early tone of his season and he’s placed a large amount of importance on his performance.

END_OF_DOCUMENT_TOKEN_TO_BE_REPLACED

SUWANEE, GA – Just a couple of weeks ago Ronnie Davis was relaxing with friends and family at the National Hot 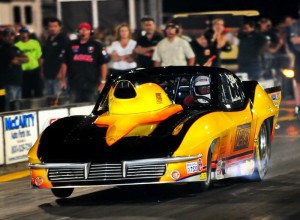 Not one to rest on his laurels, though, the man they call “The King” was back in action this past weekend in the Davis Golf Cart Sales Automatic Pro Mod class during the 7th annual U.S. Street Nationals at Bradenton Motorsports Park in south-central Florida, the first of five races he has planned over just six weekends.

END_OF_DOCUMENT_TOKEN_TO_BE_REPLACED

Robert Hight, the 2009 NHRA Funny Car Champion will discuss his promotion to President of John Force Racing, his sister in law’s big announcement, and the 2011 season.

END_OF_DOCUMENT_TOKEN_TO_BE_REPLACED

Gainesville, FL – Kurt Busch, driver of the No. 22 Shell-Pennzoil Dodge Charger in the NASCAR Sprint Cup Series, has announced that he will be making his NHRA Full Throttle Series debut at the 41st annual Tire Kingdom NHRA 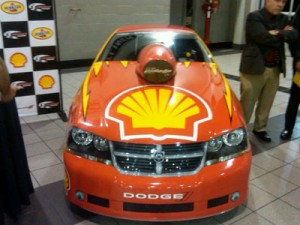 The 2004 NASCAR Sprint Cup Champion will be competing for one of the 16 qualifying spots in the ultra-competitive Pro Stock class in the Shell Dodge Avenger for Allen Johnson and J & J Racing.

“Pro Stock is the tightest pro category as far as the elapsed time is concerned and it’s not going to be an easy task,’ Busch said.  “I feel me teaming up with Allen Johnson and the Mopar folks, we’ve given ourselves the best opportunity to make the show.”

Busch spent a good part of his busy offseason testing with Allen Johnson and he earned his NHRA Pro Stock license with an impressive best-pass of 6.576 seconds at 210.43 mph at Bradenton, Fla.