MORRISON, CO – Steve Matusek will have his own chance to win $100,000 after receiving an invitation for the 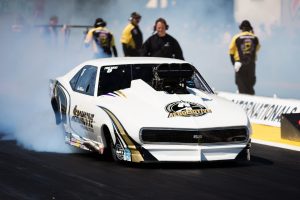 main event of the Drag Illustrated World Series of Pro Mod, which takes place Aug. 4-5 at Bandimere Speedway. But the longtime Pro Mod standout took his enthusiasm for the race a step further.

Matusek’s Aeromotive, Inc., the company he founded more than 20 years ago, will sponsor Friday’s special race – now titled the “Aeromotive Wild Card Shootout” – that awards the winner $10,000 and a berth in Saturday’s main event that pays out six figures to the winner. With that much on the line and Friday’s race open to anyone in the legal Pro Mod ranks, Matusek knows it should make for a wild evening.

END_OF_DOCUMENT_TOKEN_TO_BE_REPLACED

KIRKSVILLE, MO – Drag Illustrated Media announced yesterday it will venture into the world of race promotion 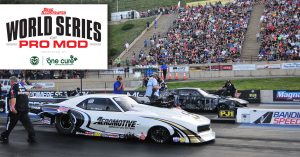 this summer. The Drag Illustrated World Series of Pro Mod, August 4-5, 2017, will feature the best drivers and teams that legal Pro Modified racing has to offer. The first-of-its-kind, $100,000-to-win, winner-take-all event will be held at Bandimere Speedway near Denver, Colorado.

“Putting on races has been a part of the Drag Illustrated plan since the very beginning,” said Drag Illustrated Editor-in-Chief Wes Buck. “We’ve spent the last 11 years building the Drag Illustrated brand, telling the stories of racers from all walks of life as they progress through their respective racing careers, and now it’s time to be part of some of those stories.

END_OF_DOCUMENT_TOKEN_TO_BE_REPLACED 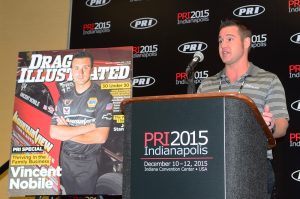 will return in 2016. In an effort to shine a light on the outstanding young ambassadors of drag racing, the industry-leading magazine will release its second annual “30 Under 30” list as a part of the December (DI #115) issue of DRAG ILLUSTRATED that will be unveiled and distributed at the 2016 Performance Racing Industry (PRI) Trade Show in Indianapolis. Nominations for the conversation-starting list opened today and will be accepted through the end of October.

“After seeing the passionate response to the inaugural ’30 Under 30’ list, we knew we had to do it even bigger and better this year. We received over 5,000 nominations in under a month last year. This year, we’re accepting nominations for almost two months so our readers have more time to submit the stories of their favorite young drivers, tuners, builders and industry members,” said DRAG ILLUSTRATED Editor-in-Chief Wes Buck.

END_OF_DOCUMENT_TOKEN_TO_BE_REPLACED

Similar to the week-to-week team rankings associated with major stick-and-ball sports, DragIllustrated.com’s Power Rankings  are being released shortly after the completion of each NHRA and ADRL national event throughout the 2011 season.

“We’ve already established DragIllustrated.com Power Rankings for all five NHRA pro classes after their first two events and it feels good to get the ADRL version out there, too,” said Wes Buck, cofounder and executive editor of Drag Illustrated magazine and DragIllustrated.com. “We want to stimulate some spirited conversation and debate through the Power Rankings and welcome anyone to weigh in online with feedback on whether we got it right or wrong in their eyes.”

END_OF_DOCUMENT_TOKEN_TO_BE_REPLACED

THE GODFATHER OF PRO MOD ON DRAG ILLUSTRATED RADIO

Currently second in the ADRL Pro Nitrous points standings, Charles Carpenter has proven in 2010 that he’s still as relevant to the world of fast doorslammer racing as he was twenty years ago. With a new power plant under the hood of his world’s fastest ’55 Chevy, Carpenter has the performance requirements to compete with the top nitrous racers in the world.