SONOMA, CA – The trip out West has already been a good one for defending Pro Stock Motorcycle world champion Matt Smith, who But now the five-time world champ has the chance to make it a great two-race span at his sponsor’s race, this weekend’s 34th annual Denso NHRA Sonoma Nationals at scenic Sonoma Raceway. With the NHRA Camping World Drag Racing Series Countdown to the Championship just two races away from this weekend, Smith’s third victory of the season on his Denso Auto Parts motorcycle would go a long way in positioning himself well for the playoffs.

He was impressive on the Buell in Denver, shattering track records and picking up back-to-back wins at the facility, but Smith has also won on his Suzuki earlier this year. Now he’s looking for his first Sonoma victory since 2007 and no matter what bike he chooses, as long as he or his wife, Angie, picks up the win at the Denso-sponsored event, that’s all that matters in his mind.

END_OF_DOCUMENT_TOKEN_TO_BE_REPLACED

KENT, WA – For the first time since 2019, the NHRA Camping World Drag Racing Series is headed back to Pacific Raceways, as the famed 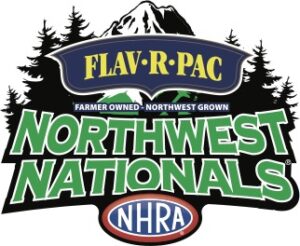 It is the 13th of 22 races during the 2022 season and anticipation is high for NHRA’s return to Seattle. Nestled in the Paci?c Northwest in the shadow of majestic Mount Rainier and surrounded by horsepower-aiding trees that emit tons of power-enhancing oxygen, Pacific Raceways has provided a terrific backdrop for teams and race fans for more than three decades.

After three years away, fans will get the opportunity for another weekend of incredible 11,000-horsepower, 330-mph thrills starting with qualifying action on Friday and Saturday and then eliminations on Sunday. The track has been home to several historic moments over the years, including John Force’s 150th win in 2019, setting the stage for what should be an incredible return to racing in 2022. END_OF_DOCUMENT_TOKEN_TO_BE_REPLACED now heads to a track where the Funny Car points leader has enjoyed some of his greatest moments, including a run of three straight victories at Sonoma Raceway.

Hight will look to become the first driver in NHRA history to win four straight races in the heart of wine country at this weekend’s 34th annual Denso NHRA Sonoma Nationals, and he certainly heads to Sonoma with plenty of momentum. Hight has won two straight races this season in his 11,000-horsepower Auto Club Chevrolet Camaro SS, taking over the points lead and giving him five wins in 11 races.

It’s an impressive stretch and Hight is hungry for more at a track that always seems to treat him well. In addition to his four career wins in Sonoma, the three-time Funny Car world champ also made the fastest run in NHRA history at the track, going 339.87 mph in 2017. That was one of several Hight highlights in Sonoma and he’s looking for another this weekend at the middle race in the famed three-race NHRA Western Swing.

END_OF_DOCUMENT_TOKEN_TO_BE_REPLACED

MORRISON, CO – Leah Pruett delivered the first Top Fuel win for Tony Stewart Racing, powering to the victory on Sunday at the 42nd Pruett, who is also married to Stewart, went 3.884-seconds at 316.38 mph in her 11,000-horsepower Dodge Power Brokers dragster to knock off Shawn Langdon in the final round. It gives Pruett her first win of the season and 10th in her career, as well as her second victory in Denver. She reached the final round by taking down Antron Brown, Clay Millican and Justin Ashley, making a series of consistent runs that was her trademark this weekend in Denver. Pruett made another strong run in the championship round to close out one of the more meaningful weekends in her career at her sponsor’s race. Getting the first Top Fuel win for the TSR team was also massive for one of the sport’s most popular drivers. END_OF_DOCUMENT_TOKEN_TO_BE_REPLACED

Speedway. The race is the 11th of 22 in the NHRA Camping World Drag Racing Series:

MORRISON, CO – Brittany Force made the most of her final qualifying pass on Saturday at Bandimere Speedway, powering to the No. 1

Force picked up her fourth No. 1 qualifier of the season and 36th in her career by going 3.758-seconds at 325.61 mph in her 11,000-horsepower Flav-R-Pac dragster to close out qualifying on Thunder Mountain. She’ll meet Terry Totten to open eliminations and was thrilled with how her team bounced back after struggling during qualifying on Friday. It was a different story on Saturday, as Force made two quality runs, going to No. 1 to close out the day. The former world champ will now try to win for the first time in Denver and jump back into the points lead in the process.

END_OF_DOCUMENT_TOKEN_TO_BE_REPLACED Aaron Stanfield (Pro Stock) and Matt Smith (Pro Stock Motorcycle) are also the provisional No. 1 qualifiers at the 11th of 22 races during the 2022 NHRA Camping World Drag Racing Series season. It is also the first event in the three-race NHRA Western Swing.

After struggling in her first run of the day, Top Fuel’s Pruett and her team rebounded with a run of 3.788-seconds at 326.79 mph in her 11,000-horsepower Dodge Power Brokers dragster. If it holds up, Pruett would earn her first No. 1 qualifier of the season, while the first-year TSR team of Pruett and Hagan look to qualify No. 1 together for the first time as well. Pruett, who has one Denver win, was also thrilled with the work her team put in on Friday that led to the strong pass.

END_OF_DOCUMENT_TOKEN_TO_BE_REPLACED

DENVER – It’s been three years since Deric Kramer has been able to race Pro Stock at his home track, Bandimere Speedway. But the good

That has Kramer plenty excited, as the category didn’t race at his home track last year, and a dream weekend for the area native would be his first Pro Stock win at Bandimere Speedway. Coming off his first semifinal appearance of the year at the most recent race in Norwalk in his Get Biofuel Chevrolet Camaro – as well as a solid test session on the mountain last week – Kramer is thrilled to be back racing in Denver, and with a car capable of winning.

“It’s the first time in three years I’m racing just down the street from where I live, so I can’t wait,” Kramer said. “We got to test at the track last week and I’m just extremely excited. I started racing in Pro Stock here at Bandimere in 2012 and it’s always been a special place to me. I learned how to drive a Pro Stock car at altitude and just remembering what that’s like, this weekend is going to be fun for me.”

END_OF_DOCUMENT_TOKEN_TO_BE_REPLACED 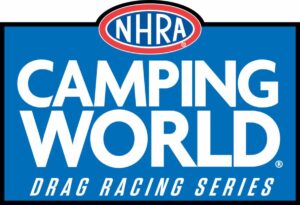 The legendary track served as the opener for the 2021 campaign and is set to open the 2023 season as well, as all the top NHRA stars will look to open their year with a victory at the historic Gatornationals. The year will also open with the Pep Boys All-Star Top Fuel Callout specialty race in Gainesville, pitting eight star Top Fuel drivers against each other in a thrilling one-day shootout within the Gatornationals race weekend.

Following the March opener in Gainesville, the NHRA will head to Wild Horse Pass Motorsports Park on March 24-26 for the final NHRA Arizona Nationals. Drivers will look to end nearly four decades of racing in Phoenix with a victory, and the last NHRA Arizona Nationals also starts a three-race stretch over four weeks on the West Coast. The 63rd annual Lucas Oil NHRA Winternationals takes place the following weekend, March 30-April 2, at famed Auto Club Raceway at Pomona, which has been home to some of the biggest moments in NHRA history.

END_OF_DOCUMENT_TOKEN_TO_BE_REPLACED

momentum going at one of the Top Fuel standout’s most important races of the season, this weekend’s 42nd annual Dodge Power Brokers NHRA Mile-High Nationals at Bandimere Speedway.

It’s her sponsor’s race, as well as the first race in the famed three-race NHRA Western Swing. Winning on Thunder Mountain has always been important for Pruett, who grabbed a Denver victory in 2018, and that’s especially true during the 2022 season.

She’s the Top Fuel driver in the 11,000-horsepower Dodge Power Brokers dragster for the first-year Tony Stewart Racing team, which puts the spotlight on Pruett for several reasons. After advancing to the semifinals at the most recent race in Norwalk, Pruett is ready to embrace that spotlight in what she hopes is her first winning weekend of 2022.