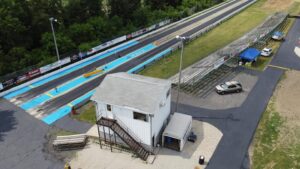 Located in Bunker Hill, Indiana, there is a rich history dating back to 1956. The facility features an 1/8-mile drag strip. In 2018, Bunker Hill was named the IHRA Division 5 (Thunder) Track of the Year.

Under the new ownership of Mark Cregier the track has plans for improvements to the facility over the course of the off-season. Improvements includes the timing system, track prep equipment, guardrails and safety equipment.

“The enthusiasm that Mark has shown in the last few months of the 2020 season has shown that he’s putting his heart into this place,” said IHRA Division 1,3, and 5 Director Jon O’Neal. “From driving to Memphis for the IHRA Summit World Finals to learn about the Summit SuperSeries to installing new guardrail in the clutches of Indiana winter, Mark is not pulling any punches.”